How We Used Tea in Our Wedding Ceremony

How We Used Tea in Our Wedding Ceremony

Because tea is what brought Katie and I together, we thought we’d use it in our wedding ceremony. Let me explain first how tea brought us together because some people seem to think this kind of thing just doesn’t happen. Geoffrey Norman aka “Lazy Literatus” has a “standing ‘scientific’ theory that tea and dating don’t blend.” I asked him what he thought of our relationship and he said that it “seems to exist in stubborn defiance of my theory” and that Katie and I must have “sold our souls to Guan Yin… or something equally plausible.” All joking aside, Katie was working on her masters in gastronomy and while writing her thesis entitled: “A Century of Tea in the United States,” was introduced to me by a fellow tea blogger and asked if she could interview me. The rest is history.

So we decided to use tea in our wedding as our unity symbol. Unity symbols are meant to symbolize the coming together of two families. Popular unity symbols include using two candles (one from each side of the family) to light a single unity candle, and a family member from each side pouring sand into a unity vessel to be displayed in the home of the newlyweds. We chose tea.

We found a beautiful wedding-ish gaiwan and a teacup at Camelia Sinensis in Montreal last fall for the ceremony. Katie’s mother poured leaves into the gaiwan, my mother poured hot water into the gaiwan, then I poured the tea out into the cup and Katie and I shared sips of our “unity symbol.” The best part of our unity symbol is that we purchased 6 pounds of oolong for it. We gave every guest a small jar of tea as a wedding favor and we’re aging the rest. Each year, on our anniversary, we’ll break out our wedding tea-ware and some of our aging oolong and have a little tea sesh! The tea we chose was Organic Mountain Oolong from Mountain Tea, many thanks to Chicco Chou!

Here are some photos from our wedding ceremony taken by the lovely Lauren Rosenau: 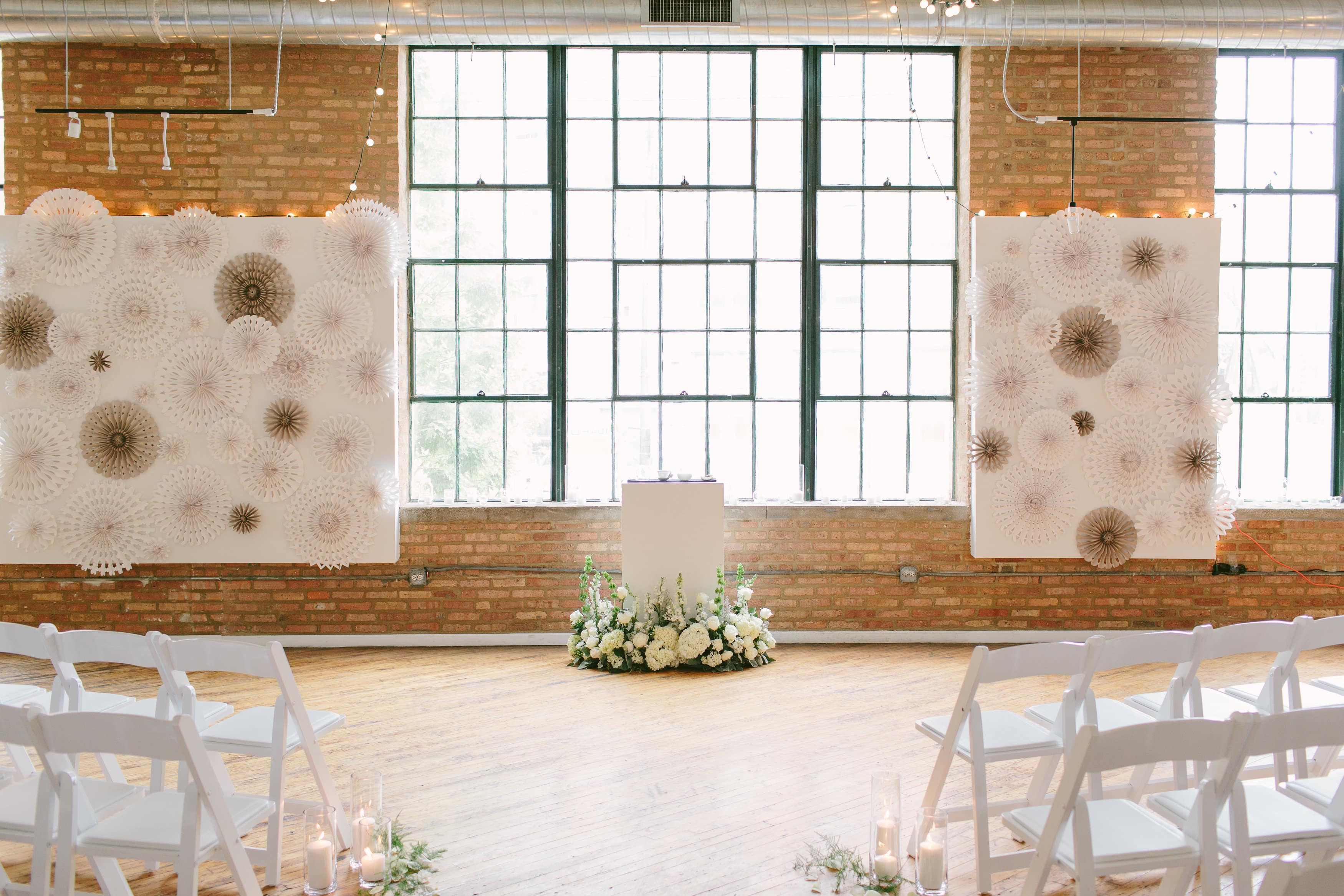 The altar, ready to go with the tea set-up. 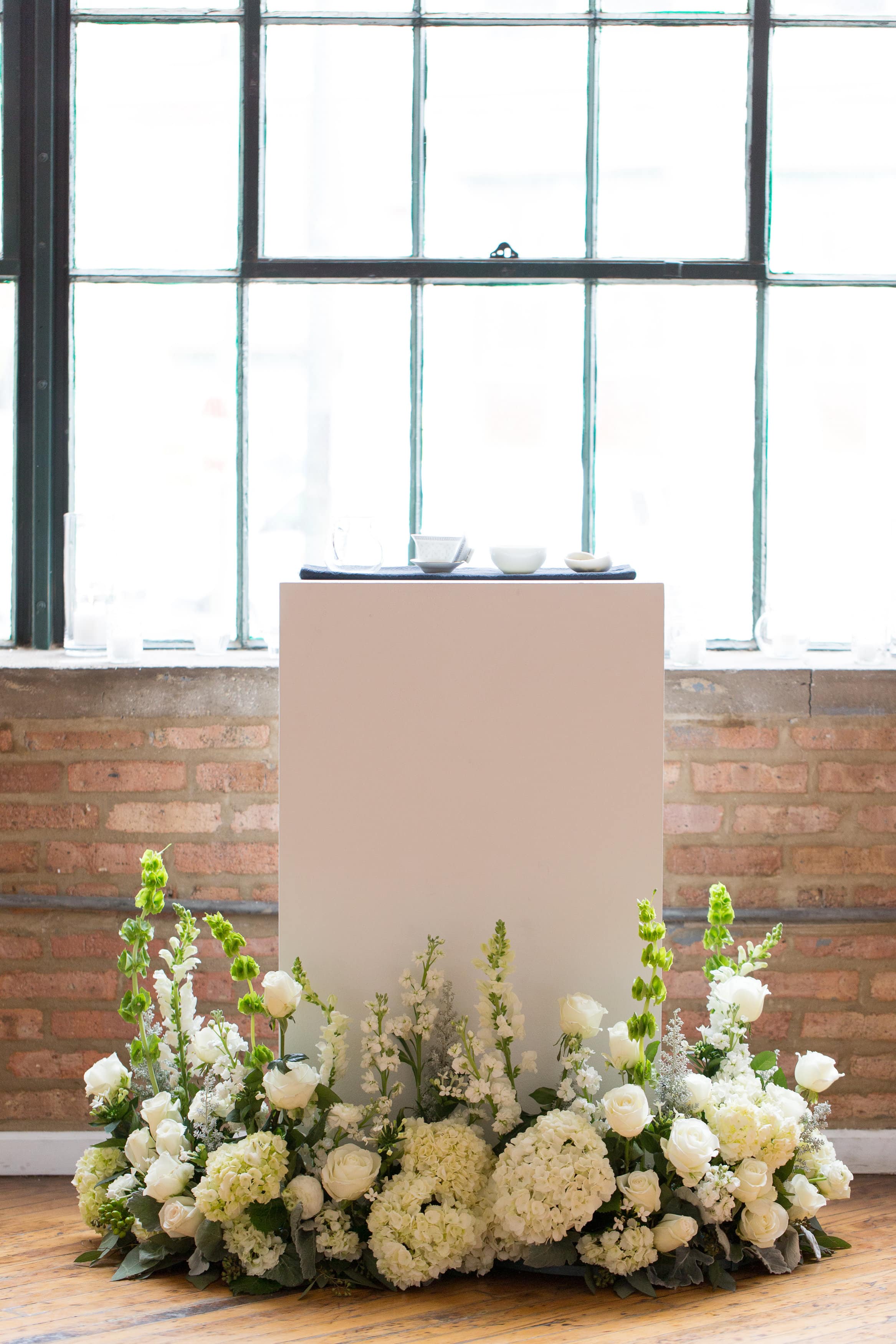 Close-up of the tea-ware on the altar. 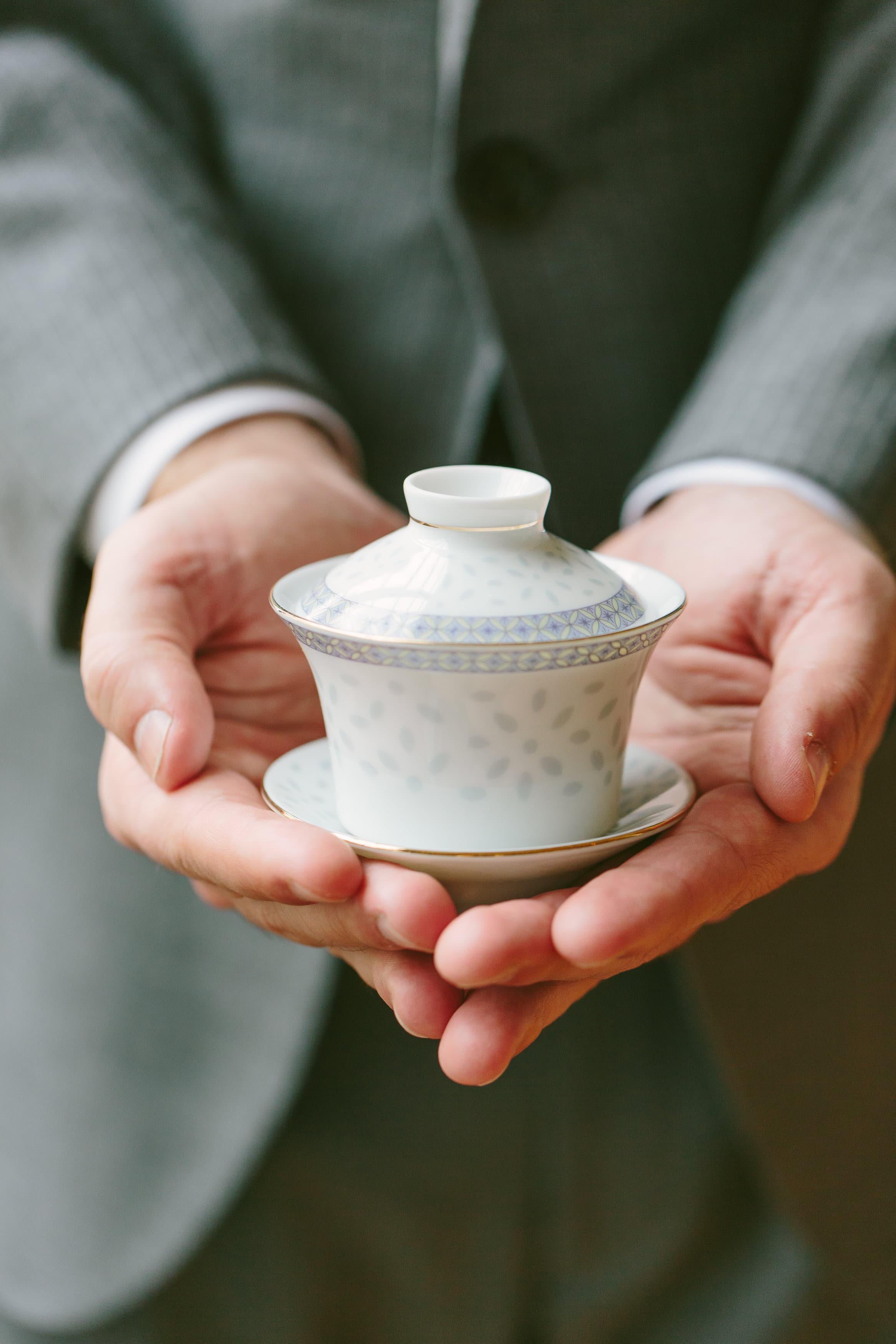 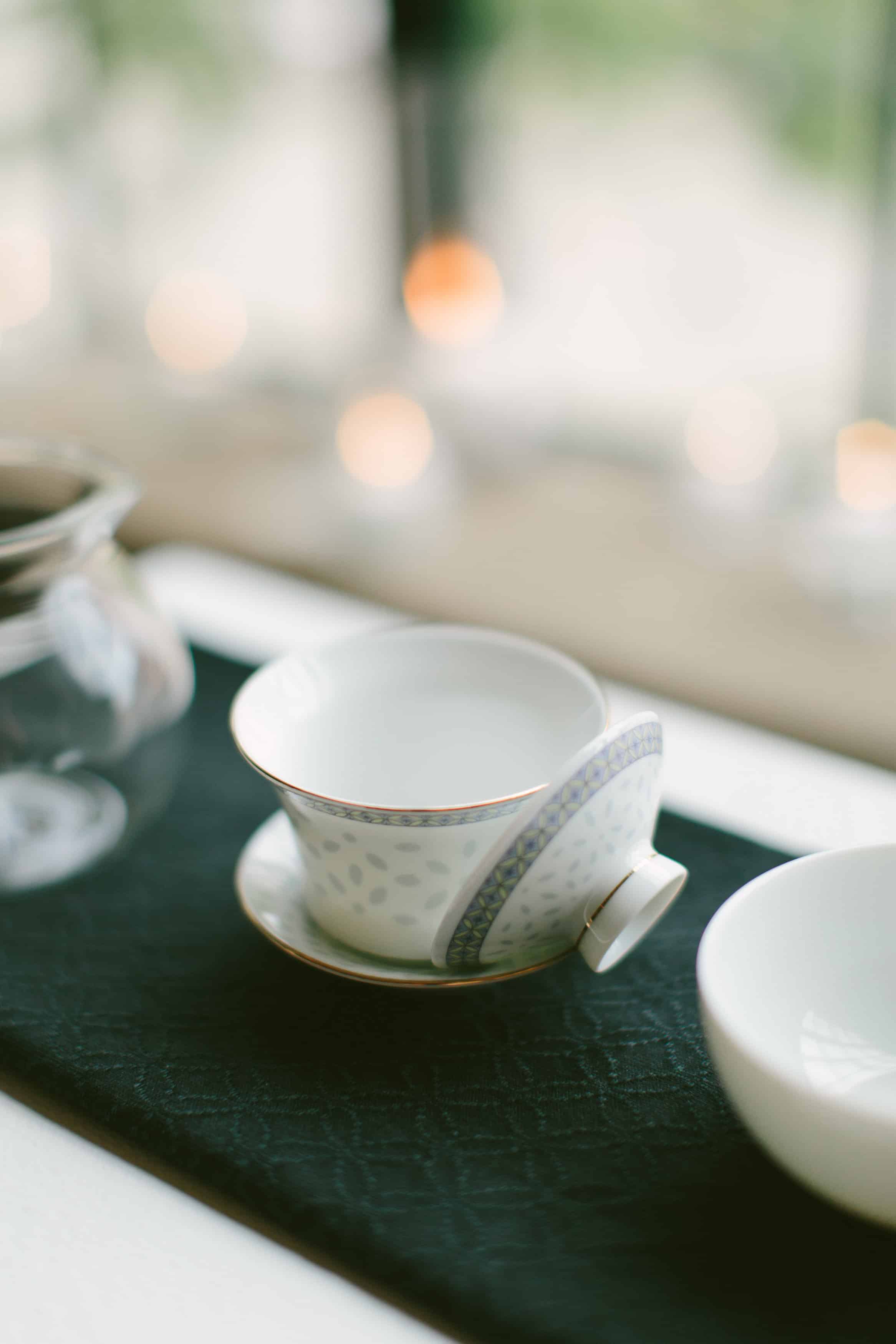 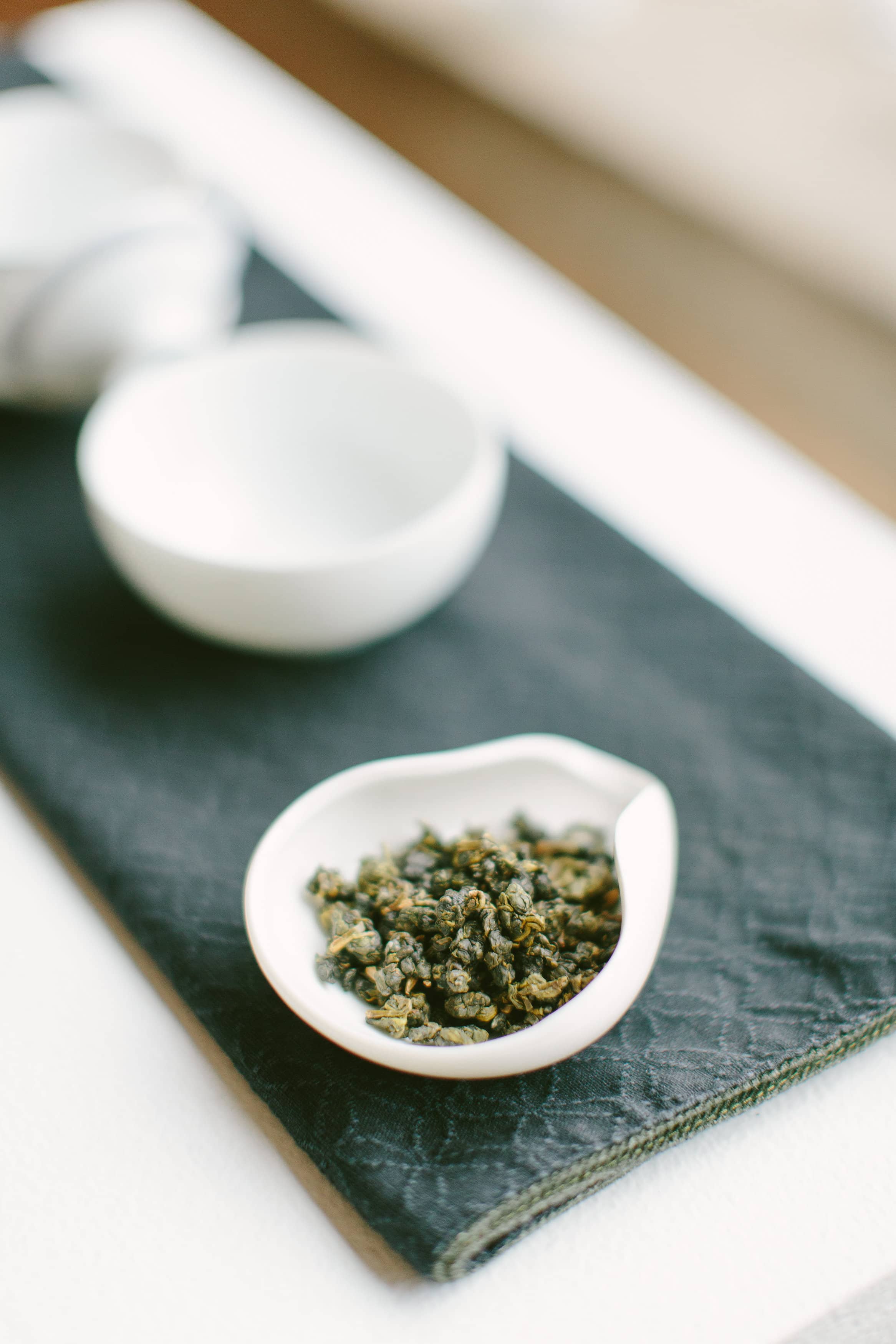 More of the wedding tea-ware. 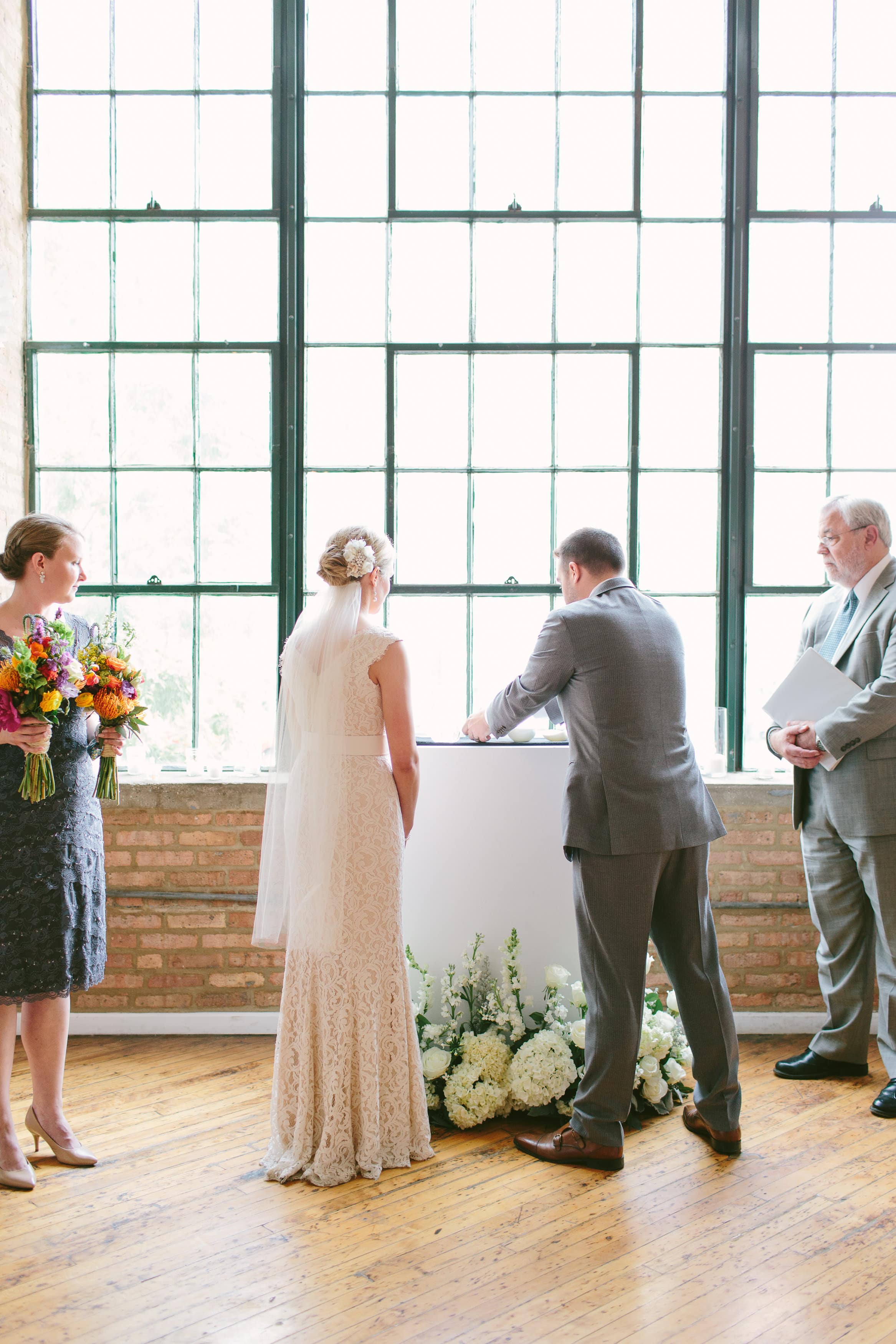 Pouring the tea during the wedding ceremony. 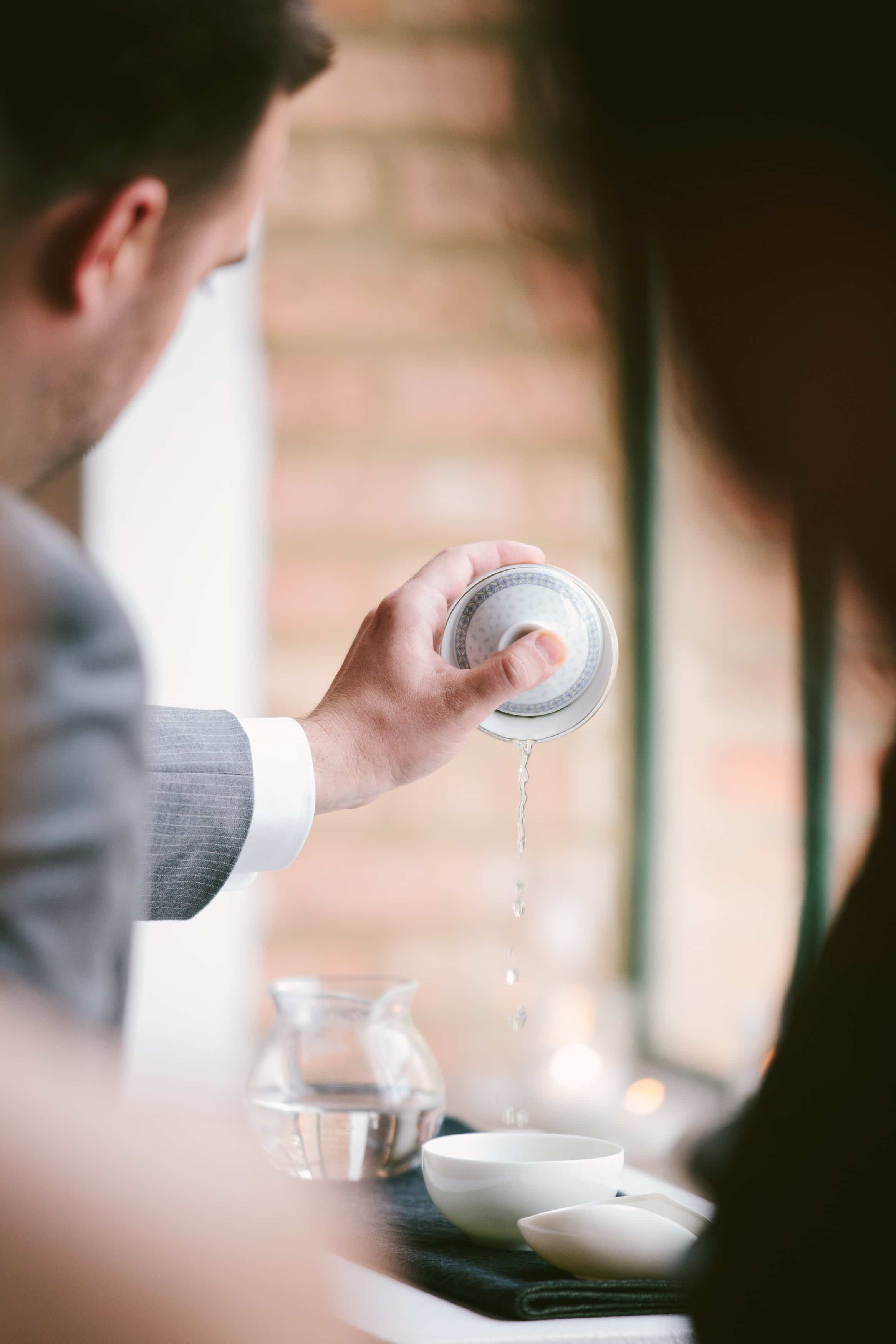 A closer and cooler shot of me pouring the tea during the ceremony. 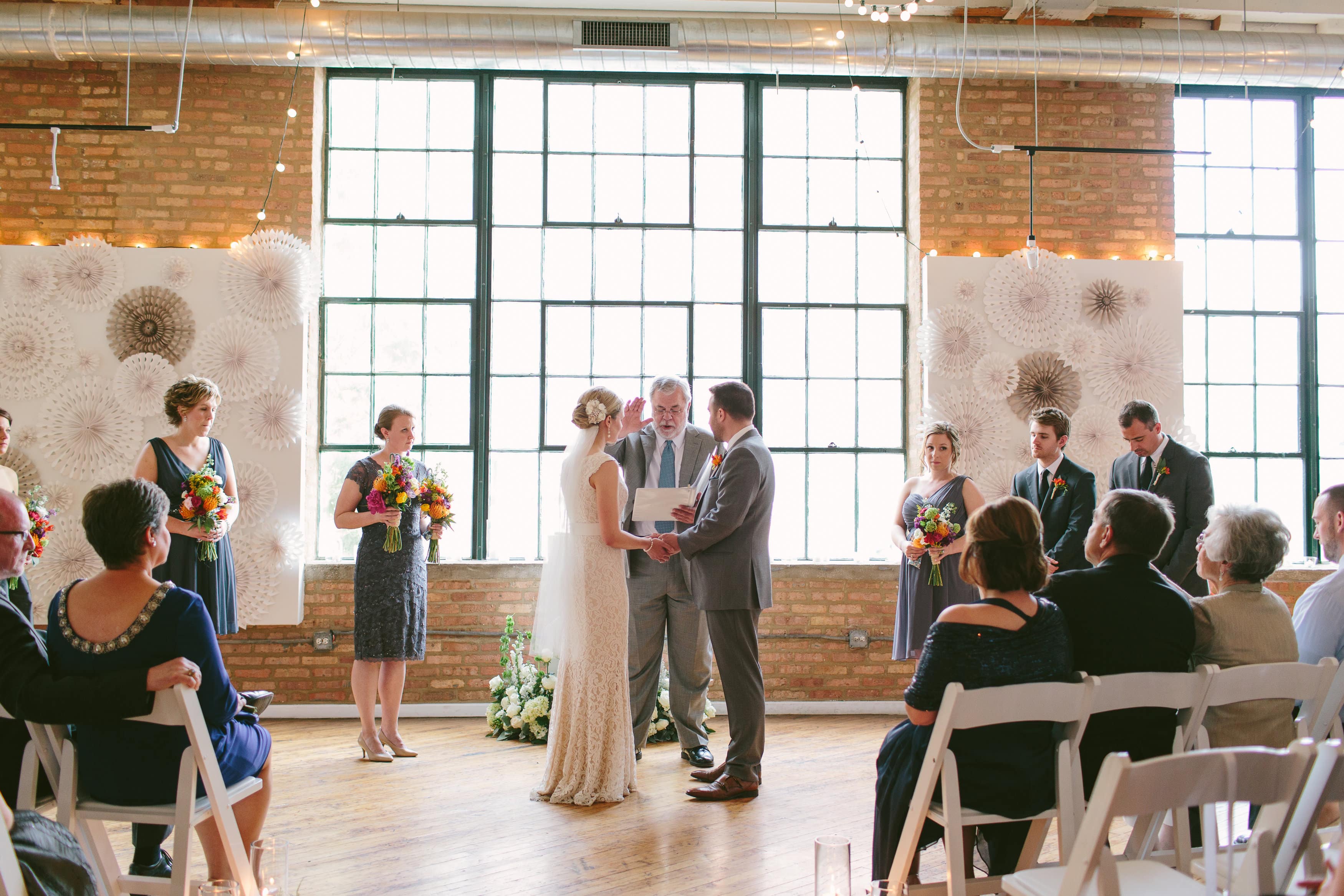 Katie and I getting hitched! 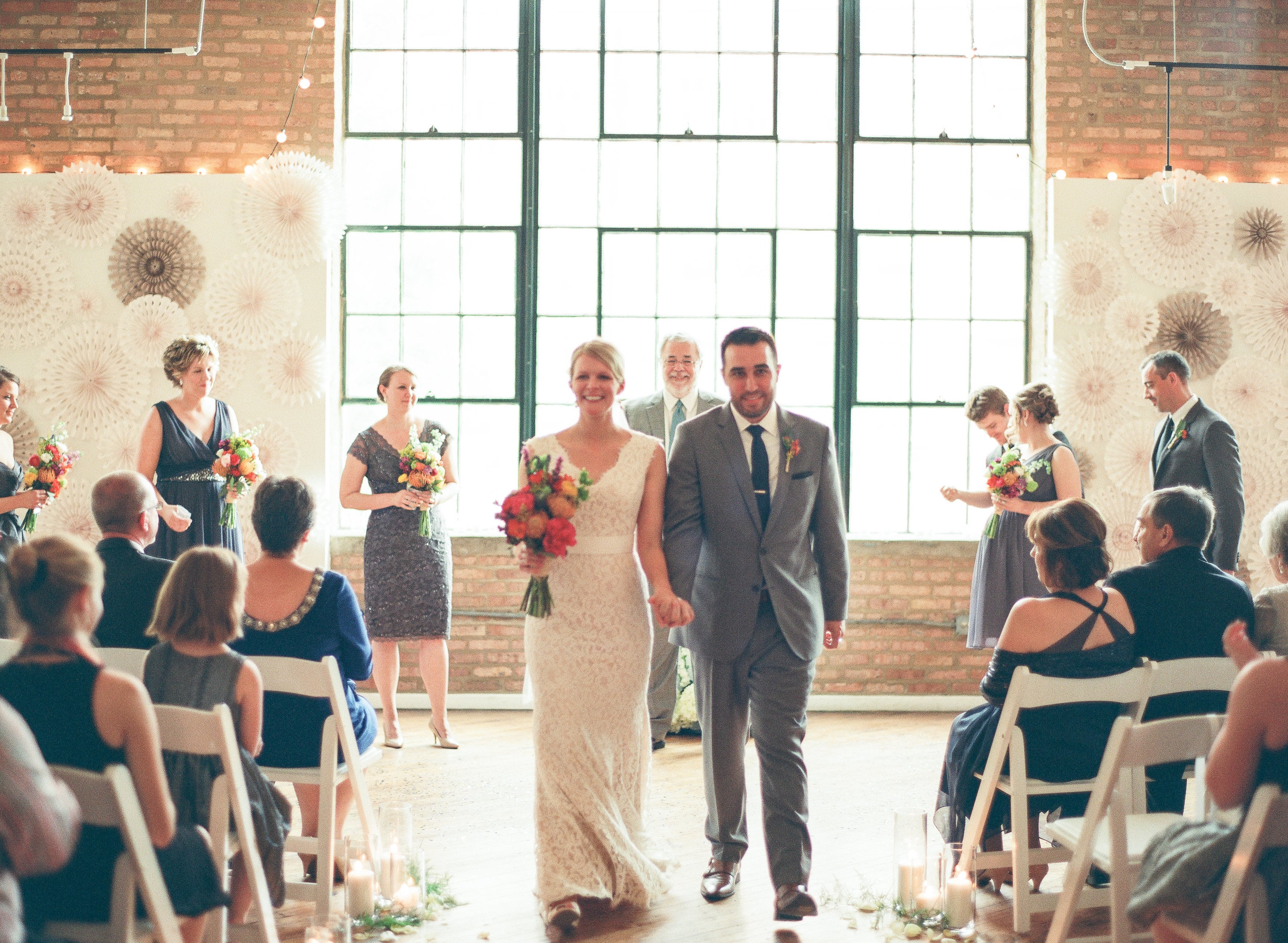 Katie and I hitched! 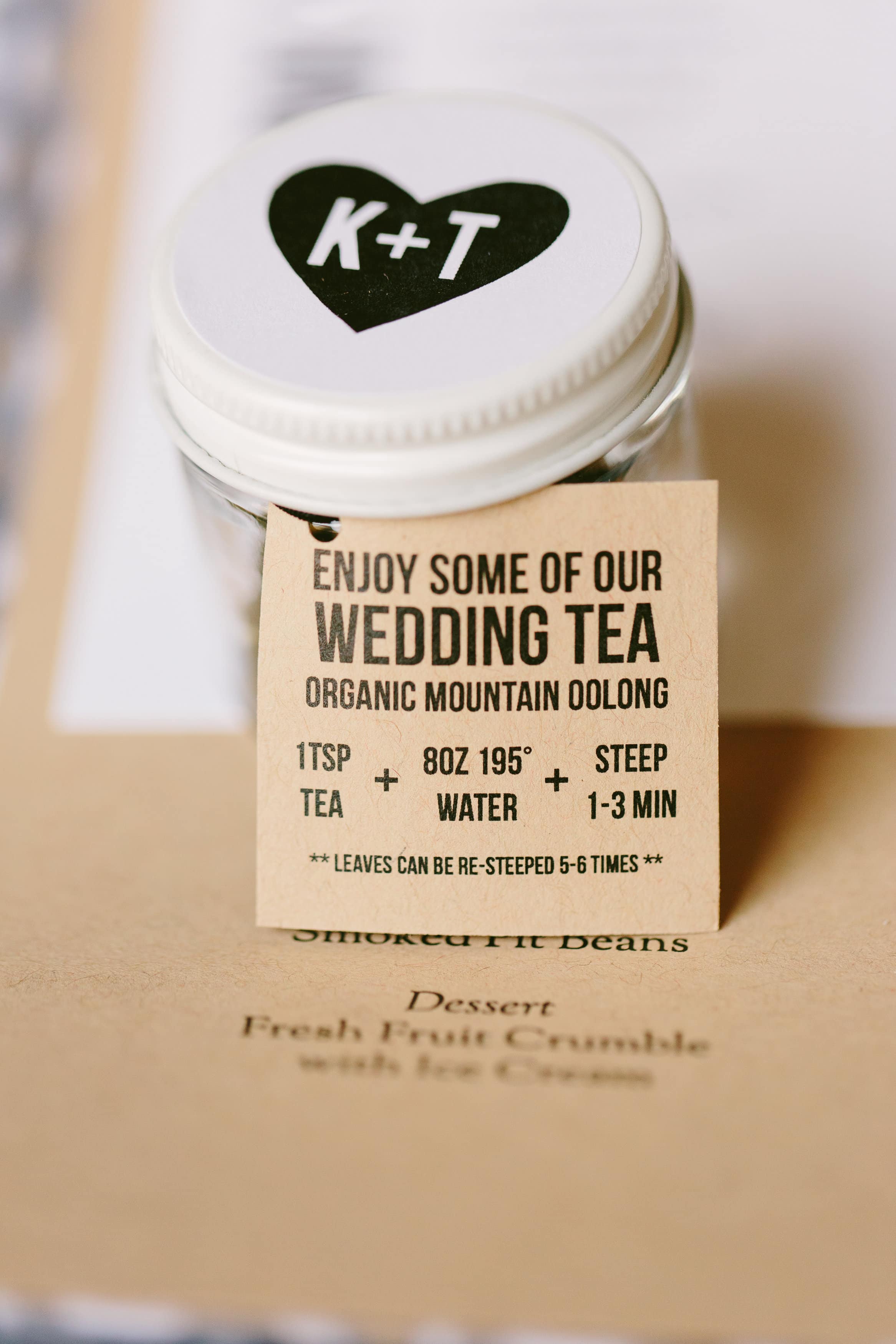 Here’a a shot of our tea wedding favors.