Tea preparation in Russia and several countries in Eastern Europe is sophisticated. Tea there is treated as more of a craft much like third-wave coffee is being treated in the United States. It’s amazing to see how tea culture has progressed in a different way than it has in the United States. One great example of this progression can be found within an organization called Tea Masters Cup. I’ve been following the organization for several months now, speaking to it’s organizers and to winners of the cup.

Tea Master’s Cup has been occurring yearly since the first event in Moscow in 2013. The growing event draws large crowds, sometimes in the thousands, across Russia, Belarus, Latvia, Ukraine, Turkey and most recently, Vietnam, Australia, and South Korea. 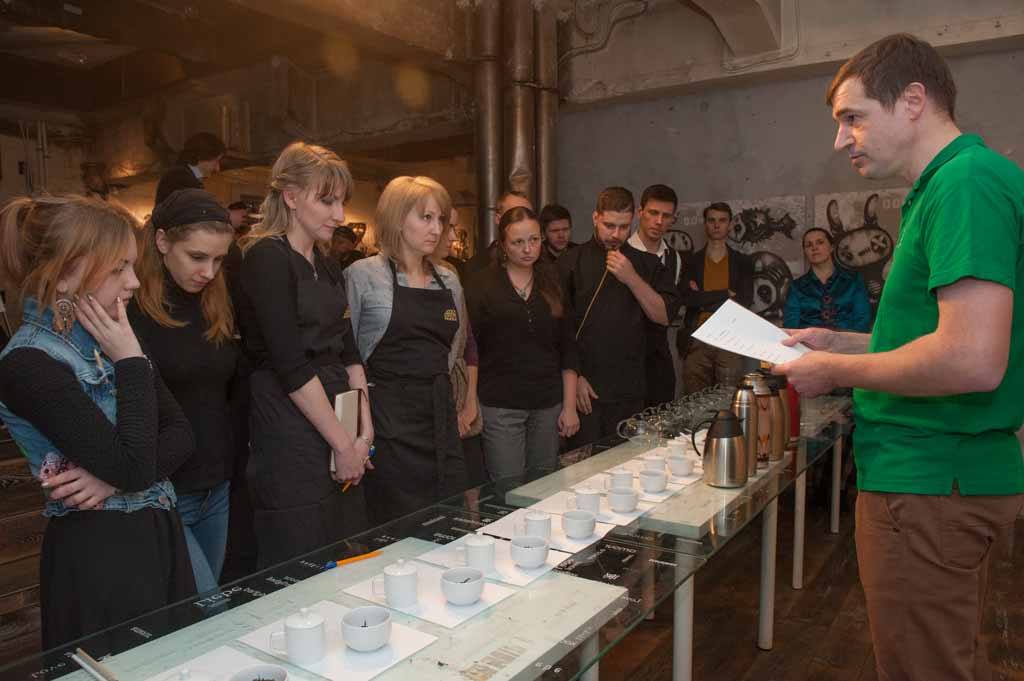 There are three categories of competition in each level of the Tea Masters Cup:

Let’s take a look at each competition category beginning with Tea Preparation.

In the Tea Preparation category, competitors are given 15 minutes to demonstrate the skill of tea preparation by brewing and presenting two beverages: one tea from a group of samples provided by the organizers of the event, and one provided by the competitor. Both beverages must be prepared in front of the judges. The results of the tea preparation category are judged on aroma, taste, aftertaste, technique, beverage presentation, personal charisma, and time.

In the Tea Pairing category, competitors must demonstrate their skill in presenting tea in combination with a light food or snack. The competitor may use any tea, provided that it’s a true tea from Camellia Sinensis, any brewing method, and any flavorings they wish. The results of the tea pairing category are judged on neatness, visual appeal, taste, presentation, reproducibility, modifiability, and time.

In the Tea Tasting category, competitors must demonstrate their tea knowledge by being able to identify beverage samples in two rounds. Round 1 encompasses single tea varieties, and round 2 encompasses multi-component beverages and may include fruit and herbal ingredients. The results of the tea tasting category are judged on the number of correctly guessed teas and ingredients and time. 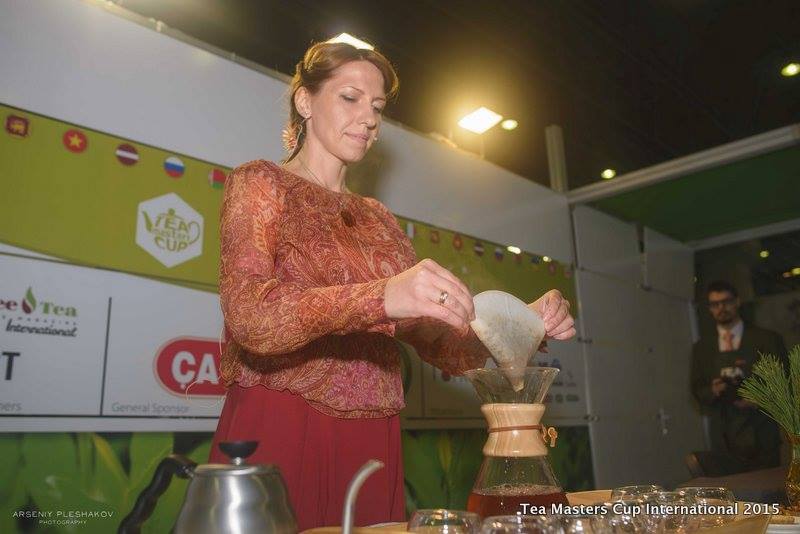 At the 2015 International Tea Master’s Cup which took place in Istanbul Turkey from September 3-5, three days of intense competition led to a winner in each of the three categories:

I asked the organizer of the National Tea Masters Cup event in Belarus, Aliona Velichko what the Tea Master’s Cup means to her. She stated “as all cups, no matter whether it is a football cup or tennis cup or tea cup it is an event that fosters professionalism, that challenges professionals to grow and to show mastership over their craft. All participants say that they spend a lot of time preparing, mastering their skills and inventing their own style. Nothing else challenges them as much. Another side is that Tea Master’s Cup brings tea culture from underground community of tea lovers into public view. And many visitors who come learn a lot about tea culture and the ways tea can be prepared. During cup events, many tea producers, shops and importers meet together and the playing field is leveled, which is very unique.”

Denis Shumakov, Head Judge and Chairman of the Tea Masters Cup Advisory Board when asked the same question responded: “tea is a drink deeply integrated into daily life. That’s why the tea culture of a certain country, a city or even a community is often determined by habits and traditions of the place or the people, rather than by tea. And for me, the main value of Tea Masters Cup is the opportunity to enjoy the diversity of tea places, tea people and tea ideas. The cup brings together different styles and variants of tea-drinking, which are very well performed at that. The tournament unites people working with tea in different ways: connoisseurs, oriental style tea masters, bartenders, tea tasters. For these people, the Cup is a great cross-professional platform which gives a powerful impetus to their further development. It is an amazing, diverse and colorful tea festive event.”

The 2015-2016 Season Final will be hosted by South Korea in June 2016. To follow the cup, check out the Tea Master’s Cup website, Facebook Page, and Instagram account. Thanks to Head Judge and Chairman of the Tea Master’s Cup Advisory Board, Denis Shumakov for answering all of my questions about the organization. Let’s go!