It is believed that some tea-ware coming from China may contain lead. Especially pots supposedly made of Zisha clay from Yixing, China. A few years back there was a thread in TeaChat about this, no one found any lead when using home test kits. I tried it with the cheapest “yixing” pot I could find (more about why this probably isn’t even a yixing pot in another post) online — $5.00. I smashed the pot with a hammer and then ground up the pieces until the pot was reduced to a pile of bits. I wanted to test the greatest surface area possible with the tests I purchased. The test I used was called “Household Lead Check” by a company called “Homax.” The back of the box warned me that “this test is not intended to replace an inspection by a licensed lead inspector or testing laboratory.” 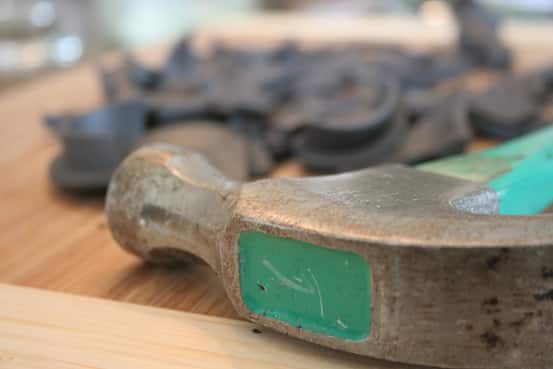 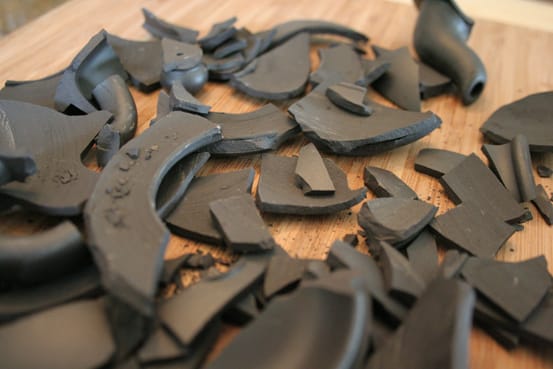 I rubbed both test swabs on as many of the pieces as possible; testing the inside, outside, and the inner parts of the shards not exposed when being used for normal purposes. The results? No lead! The tests were supposed to turn pink and red if lead was present. Here are the test swabs post-test: 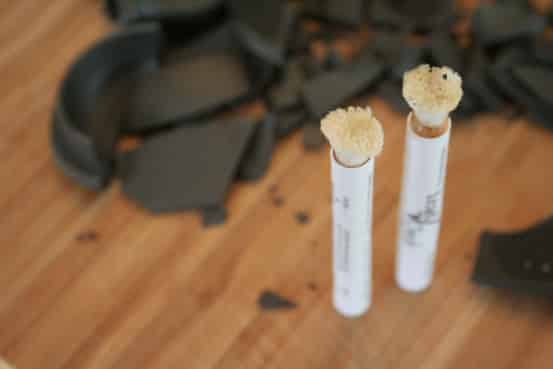 Obviously this isn’t conclusive, I’d have to buy many pots to test them from many different vendors. I just wanted to break stuff today.